This year, the seven 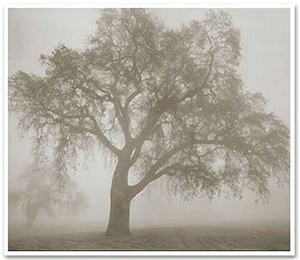 The first I didn’t even see. I leave food for her several days a week. On the days I don’t, a former student of mine walks across the street from her apartment to the college and dishes out some wet food from a can, replenishes the dry food and refills the water dish under an old temporary building for the feral gray one we call Haroshea. She was born under that building, the place I taught on campus for twenty years. Though my department moved across campus, a custodian and I continued the daily feedings until recently. Now my former student and I share the honor.

The second and third sat on two bus benches down the street from the college. Both men had large plastic bags of what looked like recyclables. When I approached the first man and said, “Merry Christmas,” I noticed raw meat in his open bag. I wondered if it came from the restaurant behind him. When he saw the bill in my hand, he shot me a grin and a “thank you,” and I took a half dozen steps to the next bench. That man’s smile was even broader, and he was ready with a “God bless you.” It has taken me years to remember to say, “And to you, too,” which I did.

The fourth was a woman I saw on my way home, not a mile from my house, pulling a wire grocery cart behind her. I could see a sleeping bag puffing out the quilt-like squares of the cart. She was leaving McDonald’s with a large cup of something hot in her hand. I couldn’t pull over there, so I rounded the block and parked a half a block down from where she seemed to be heading. But she ducked into the sheltered doorway of a closed brick building. I found her there, hunched down, both hands around her cup. After I gave her the bill and wished her a merry Christmas, she struggled to her feet, tears in her eyes. I thought she might hug me, but she extended her hand and gave me her cold fingers. “Thank you,” she said. “Thank you, thank you.” I smiled and said, “You’re welcome.” She was still thanking me as I walked away.

The fifth, sixth and seventh sat a block away on a curb between a gas station and a Mexican fast food joint. Each was bundled up in more than one overcoat against the gray Christmas Eve afternoon. One had two Chihuahuas on leashes. One appeared to have only one tooth in her upper gum. I handed each woman a bill, saying, “Merry Christmas,” as three mouths fell open and a multitude of blessings fell upon me, for which I remembered to thank them.

I have done this Christmas Eve practice for more than three decades, that first year with a small amount of money grudgingly given by the newspaper that was laying me off. Furious, I decided to give it to people who needed it more than I. I cashed the check and asked for the money in ten dollar bills. Ten dollars is enough to buy a hot meal or two, according to Dale Maharidge and Michael Wiiliamson, two journalist friends who had spent a great deal of time with people who find themselves homeless. That Christmas Eve Dale and Michael taught me where to find people living outside in the coldest time of the year.

Today I thought, not for the first time, that these are the angels among us. They are not the least of us, though they may be among the neediest. They are us, as the pastor in a church in my neighborhood reminded us not two hours earlier. And there are so many more of them out there.

At the end of a year filled with so much unkindness, this practice reminds me again that I can do no great things, as Mother Teresa said, just small things with great love. It’s a small thing, and these people, they are the great love returned.

8 Responses to This year, the seven