Two months ago today this man had a cardiac arrest in Honolulu. His heart stopped beating, and he stopped breathing. About three minutes later, thanks to the quick action of an off-duty nurse and firefighter, as well as a Hawaiian Airlines employee, he was shocked back to life with an airport defibrillator.

A month later, after a triple bypass and excellent after care by a couple of longtime friends, he flew home to Sacramento. Today he walked a little over a mile, as he has been doing pretty much daily since he returned home. I am so proud of Dick Schmidt, so pleased he is still with us, lending his kind self to the planet. He looks forward to being able to drive soon and get back to his recharged, far from ordinary, two-months-new life.

Tonight we had a phone chat with Claudio Alvarado, the UCD Medical Center nurse who helped bring Dick back to life. We noted the two-month-a-versary and thanked him once again, marveling at the circumstances that brought him and Honolulu firefighter Salesi Maumau (who grew up in Elk Grove and performed CPR on Dick) to be near us in line to board Hawaiian Airlines flight 20. We are eager to take them to dinner and celebrate our new friends who literally extended Dick’s life.

Because, as Dick’s shirt says, life is good! 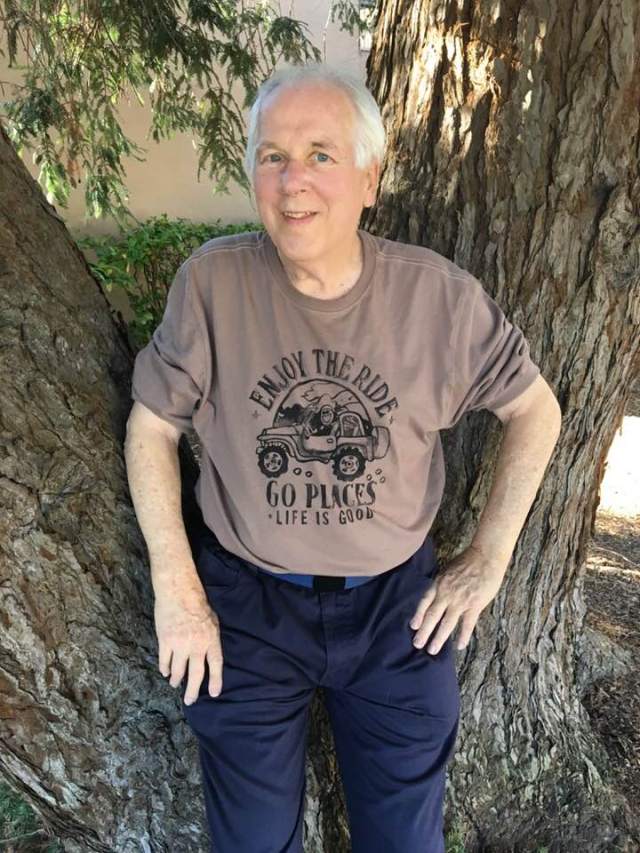