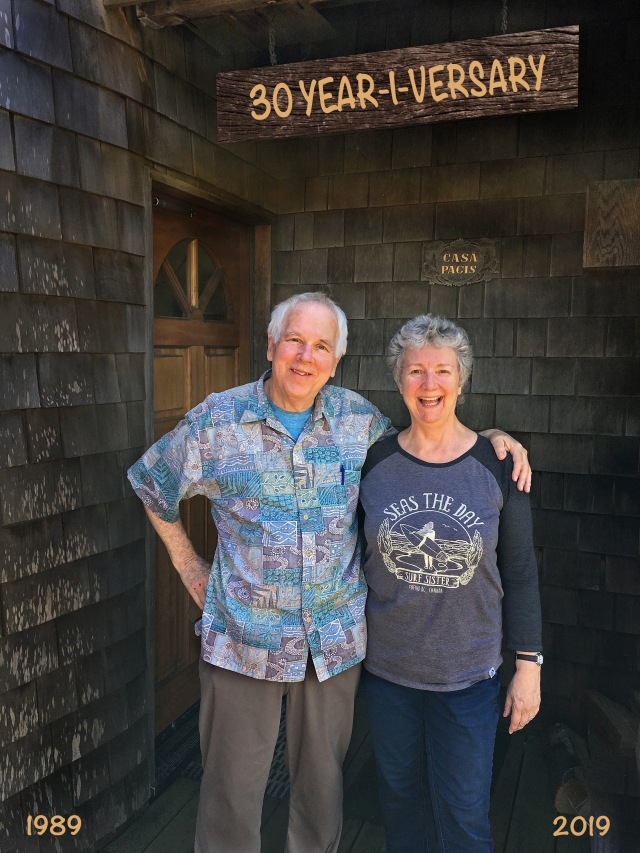 In the old days of newspapers, when stories were typed on half sheets of blank newsprint, to indicate that a story continued on another page, you’d type this at the bottom of the page:

And when the story was finished, you’d type what the kids now call a hashtag, and what some of us older folks think of as “the number symbol.” You might do two or three for emphasis.

But the other symbol to indicate “the end” was this:

Old-school newspapermen and typesetters, like the ones I was fortunate to know at the Roseville Press-Tribune in the 1970s, pronounced that symbol “dash 30,” though the dash was really a hyphen—two of them, actually, surrounding the number. It was an old typesetter, in fact, who taught me about the three kinds of dashes (which I teach my journalism students because, I tell them, I may be last generation of human who knew the last generation of old typesetters):

There was a column in a journalism magazine years ago that had, at the top of its last page the headline “-30-” for obituaries of longtime journalists. I was thinking of that earlier this year when my retired journalist/photographer collapsed and was brought back to life, grateful that I didn’t have to write -30- on what could have been his last day.

But today, we’ve been playful about the number 30 because it was three decades ago that Dickie “dropped the bomb,” as I like to say, on Dec. 7, 1989, confessing that he loved me. It was not convenient or the best timing for this man, to whom I was not married, to make this proclamation. But he did. He did, and from that, three decades of devotion have followed.

Though his family knows him as “Uncle Duck” or “The Duck,” I’m the luckiest duck in this equation. I tease him that being literally jolted back to life, he came back for me, whether he knew he was doing so or not. He has not disagreed.

So our -30- today is not the end but a celebration of three decades of an unconventional kind of love. People are still amused to learn that we do not live together (to which we attribute the longevity of the relationship, I tell them), but that we consider ourselves a longtime domestic couple with two homes. We had deep, longstanding relationships with our former spouses, both of whom we feel with us often, as our companion spirits. He has buried more of my dead cats than I care to count. I coax him outside to walk the lovely 2-mile route he created long ago through his condo complex that feels like a park. (He does walks often by himself, though, too, looking for his fellow ducks in the pond.) He takes me to Hawaii and The Sea Ranch; I drag him to the occasional poetry reading.

Like tonight. As the people in my writing groups debuted their tenth edition of our “Soul of the Narrator” chapbook tonight, there was our photographer, shooting everyone who came to the mic to read. Several people teased us about working on our anniversary, and I pointed out that I had offered Dick the night off. But after taking a friend home from the hospital, Dick arrived at the poetry center to help me set up the place (along with some other dedicated writing group folks) and to take up his traditional spot to document the evening.

None of us knows when -30- will come for our loved ones, much less for us, but tonight I got to watch and listen to 26 people read their wonderful writing as the man I love took photos of people I love. I will cherish those images, as I cherish the one who made them. 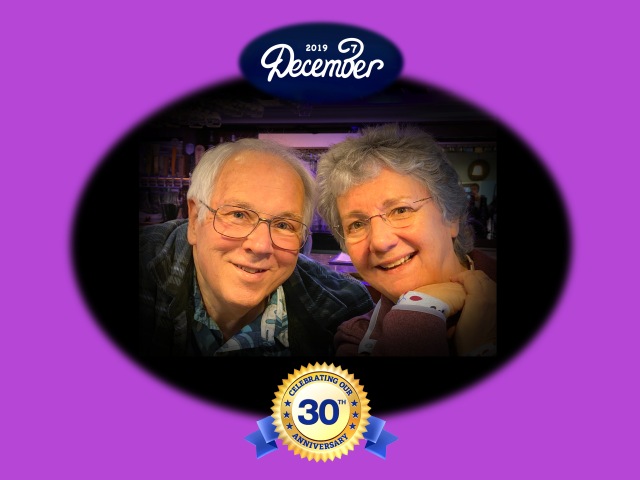