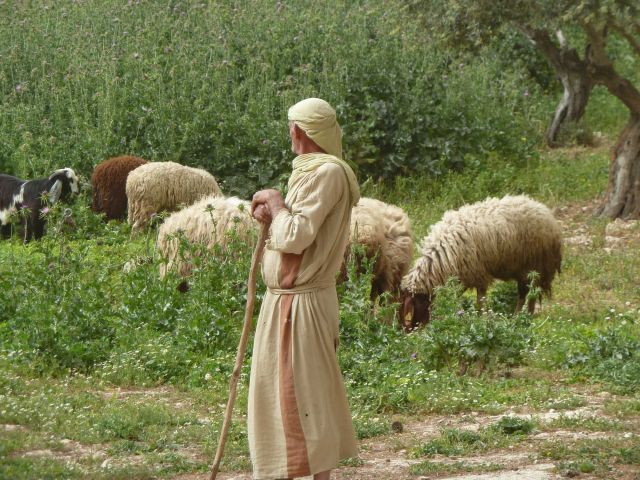 It was the shepherds who stayed,
the youngest in their families
remaining with the flock night after night,
those of the lowest station, society’s outsiders,
listening to the moaning of fat-tailed sheep
under the stars, staying present in their
ordinary calling, even on the night when
an angel appeared and said unto them:

Fear not: for, behold,
I bring you good tidings of great joy,
which shall be to all people.
For unto you is born this day
in the city of David
a Saviour, which is Christ the Lord.

They could not see the future;
they were afraid, the story says,
when the angel shone the glory
of the Lord round about them,
but they stayed and they listened.
Then, taking in the good news, they took
their first steps toward the light of the world,
took him in and went to tell others
what they had seen.

What became of those shepherds,
always moving, seeking pastures
and quiet pools of water to quench thirst?
Did they return to the holy work of sheep,
leaders of their flock, with newfound faith?
Did they for the rest of their lives
invoke the angel’s words?

Let’s imagine them, standing in open spaces,
surrounded by their woolly congregation—
the world utterly changed and yet still the same—
shepherds leaning on their staffs,
whispering to no one in particular and everyone:

Glory to God in the highest,
and on earth peace, good will toward men.