Feels like the first time, as the old song goes.
Foreigner’s first album dropped in 1977, me
a freshman in college, equal parts curiosity,
intimidation and hormones, hiking the university
to which I commuted daily—my parents entrusting
me with their old Toyota, which I parked
at the far end of campus, absorbing one of my
first important pieces of learning with every step:
A college parking pass does not guarantee
a parking space.

It was the first time in college, freed from
the must-do/can’t-do of high school, ready
to try on my big girl journalistic wings,
at the same time questioning everything
I thought I knew about my chosen major:
What made me think I could do this?

A decade later, returning to teach at that university,
after doing time on a few newspapers but before
a wire service and a magazine claimed me,
the mantra returned:
What made me think I could do this?
As it has every semester, before every plunge
into cold water, the reminder that every
class is a first time for all of us in the room,
to remember beginner’s mind, how good
it is for the soul, if not the nerves, to start over.

And now, sitting in Susan’s chair after four months,
it, too, feels like the first time—both of us masked,
only one other stylist and customer in the place,
sheets of heavy plastic hanging like vertical dropcloths
between chairs. She squirts sanitizer on her hands,
and I follow. She aims the thermometer gun
dead center on my forehead without touching it,
pronounces an acceptable number, leads me
to her chair, one that I and hundreds of others
have occupied for years.

In the four months since I’ve sat here, the world
has shattered. People like Susan with brooms and
dustpans are sweeping up the pieces, creating
barriers no one wanted in the name of safety as
people who have never been safe because of the color
of their skin are showing us there’s no going back,
we must now do the thing we think we cannot do.

Look at your curls, she says taking her usual position
behind me, flipping them up at the back of my head.
I trimmed a bit, I confess, as I imagine many of us
who sit here have, and I know it’s uneven,
needs a good cut, but I rather like it.

In the mirror I see her eyes crinkle above her mask.
Me, too, she says.

We both know I usually have her trim me short
for summer, but for the first time I can remember,
she says, Let’s leave it a little longer. 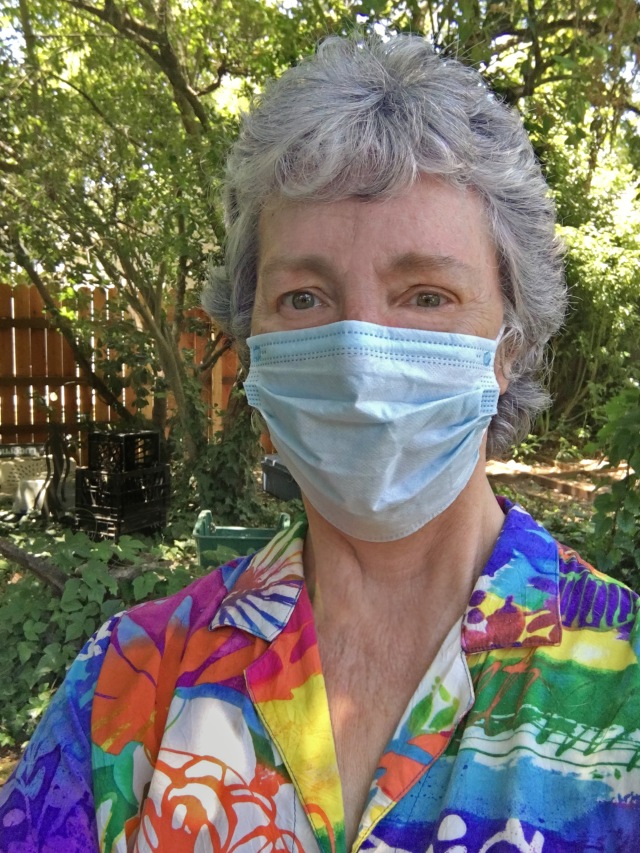 1 Response to First haircut after quarantine