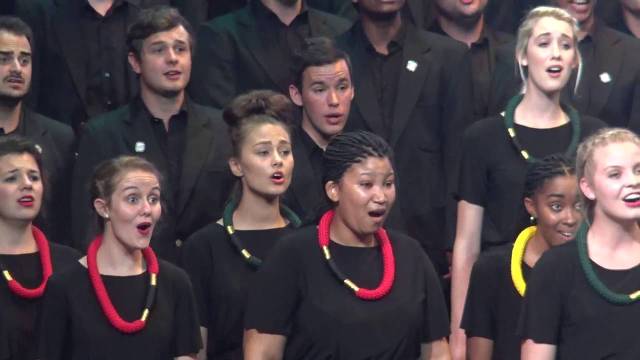 First, before you read further, watch this short video of the Stellenbosch University Choir of South Africa singing “Baba Yetu.” I promise it’ll make you smile:

The song, written by Christopher Tin and arranged by André van der Merwe, was recorded in 2018 at the Llangollen International Musical Festival in Wales. It was written to accompany the 2005 video game, “Civilization IV,” and it became the first piece of video game music to win a Grammy Award.

This video was reposted on Facebook by Nevada City poet Molly Fisk and was just what I needed to see after watching my dearest one collapse with a cardiac arrest, be brought back to life and spend nine days and nights in a Honolulu hospital room. All that culminated in a triple bypass surgery Thursday for Dick, who, not surprisingly to his medical team, came through it like the champ he is. He’s now recovering in the cardiac ICU and should be transferred to a regular unit in a day or so.

Believe it or not, we’ve been looking forward to this—Dick to getting his heart replumbed after resting and gaining strength. The bonus for me—besides getting to spend time visiting Wednesday afternoon and in the waiting room Thursday morning with Andy Doughty and his wife Leona Boyd, our dear friends from Kauai—was that I knew I would sleep tonight in a hotel room with a real bed for the first time in nine nights. And that I could take a bath, too (though I did use the shower in Dick’s hospital room).

After spending time with Dick in the ICU, I came back to my room and listened to “Baba Yetu” probably a half dozen times, watching the energetic choir sing their hearts out, cheered by their energy, having no idea what they were singing.

So I looked it up. “Baba yetu” means “our father” in Swahili and the song is a translation of the Lord’s Prayer. Look at these lyrics. You don’t have to know Swahili to hear the poetry in them, especially as the choir sings:

And what that means in English will sound familiar to those who know the prayer:

Our Father, who art
in Heaven. Amen!
Our Father,
Hallowed be thy name.

Give us this day our daily bread,
Forgive us of
our trespasses,
As we forgive others
Who trespass against us
Lead us not into temptation, but
deliver us from the evil one forever.

Thy kingdom come, thy will be done
On Earth as it is in Heaven.
(Amen)

Dick comes from a long family tradition of Christianity and has been a Methodist for most of his life. When we visit Hawaii, we like to go to churches with choirs and congregations that sing in Hawaiian, where they end prayers with “amene,” the Hawaiian word for “amen.”

Tonight I’m offering a big amene/amina for Dick’s safe passage through this valley of the shadow of death. It has been a journey neither of us expected to take and truly a resurrection—from seeing him dead on the airport floor to strangers coming to perform CPR to the lifesaving shock of a defibrillator. To meet the people who’ve placed those defibrillators all over Hawaii. To be in the caring hands of doctors and nurses and aides who were so kind and gentle, always. To have the cafeteria ladies recognize me during my at-least-twice-daily visits and, while never asking why I was there, giving me sweet smiles and more than one pat on an arm. To have friends like Makena and Jan and Andy and Leona and Tara in Hawaii provide advice and on-the-ground support. To be in the same hospital at the same time as a dear friend of Dick’s who has had a stroke and will likely not return to her loved ones as he has returned to his.

To have hospital chaplain Leavitt Thomas visit us and offer this blessing on more than one occasion in a voice redolent of his Maine roots: “We are affirming a safe and successful procedure followed by an easeful and graceful recovery.”

We are so appreciative, weepy with gratitude for the hands of healers and the prayers and good wishes of so many who are very present, even if they’re thousands of miles away. More than ever, Dick and I have realized that we are spiritual beings having human experiences, and once again our faith has been restored… in the unseen hands of our companion spirits that support us, in the kindness of strangers, in the music of people from across the globe, singing their joy. Baba yetu, indeed.