All systems are go 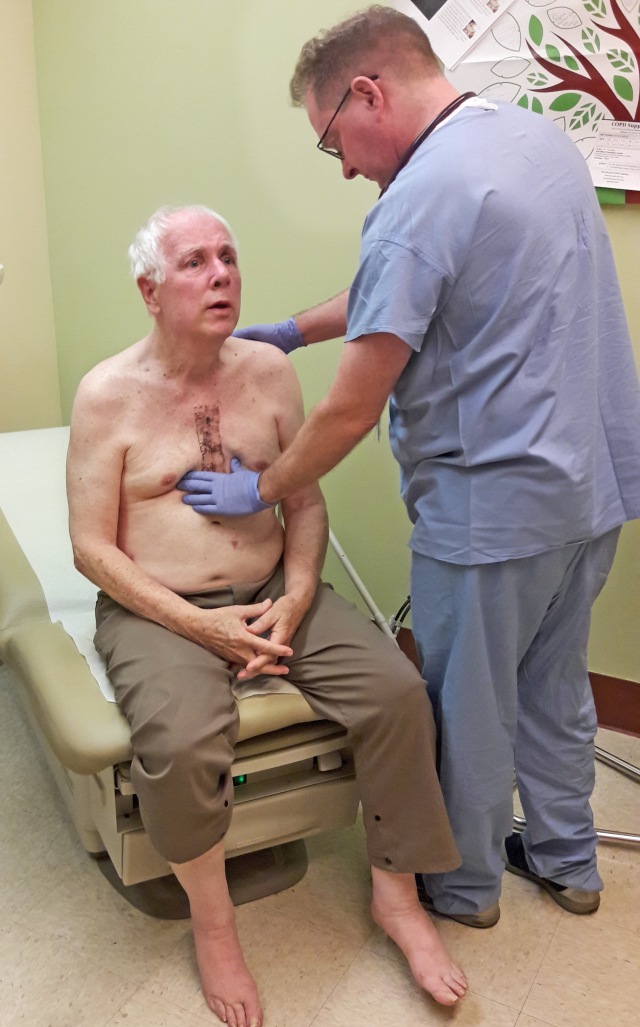 Almost three weeks after his triple bypass, Dick returned to Moanalua hospital in Honolulu today for a follow-up appointment with cardiac physician’s assistant Tim Berkley, one of the incredible team of caretakers who repaired Dick’s heart.

I got the full report from Dick and his on-the-ground carewomen, Cora Johnson and Connie Raub, and Dick is coming along very well. He has very little pain, is off the heavy-duty meds, is walking daily, and his blood sugar numbers are very good. 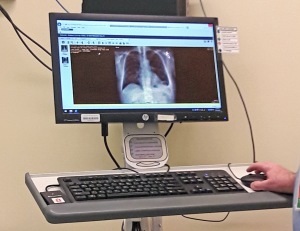 The X-ray of Dick’s heart, pumping away stronger than ever almost three weeks after his triple bypass.

The upshot is: All systems are go. He’s been cleared for takeoff this Friday when he’ll be honored with a Celebration of Life at the Honolulu airport by some of the folks who revived him after his cardiac arrest Jan. 15. Dick will get to meet the people from Hawaiian Airlines who called 911 (Heather Tononaka) and fetched the AED (Chris Ohta), applied the pads and administered the shock. We hope he gets to meet the Honolulu firefighter, Salesi Maumau, who did chest compressions, too. 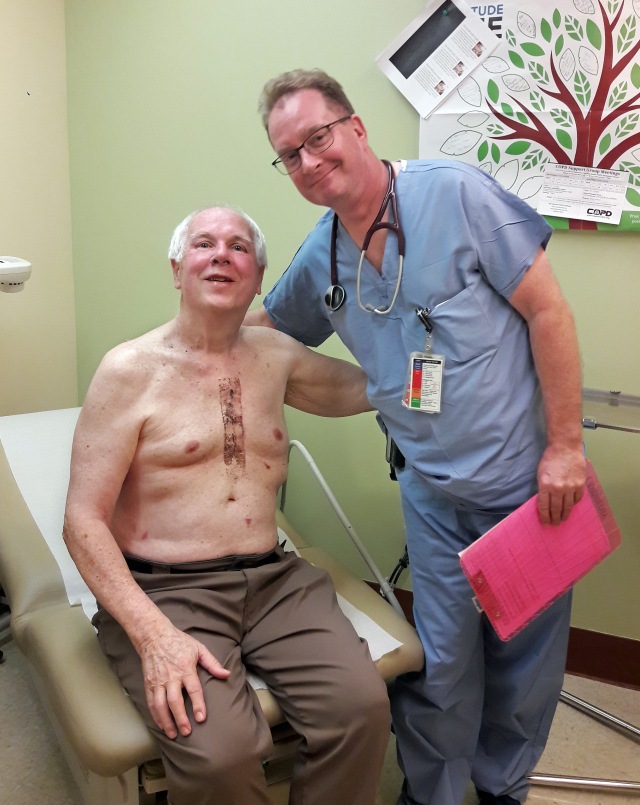 Dick and Dr. Tim, as he calls him, one of the amazing team of professionals who cared for Dick before and after his CABG (bypass surgery) Jan. 24.

The women from the AED Institute will also be there, including Pam Foster, the former emergency room nurse who moved to Hawaii in 2004 to make the installation of AEDs in airports and in public places across the islands her life’s work. She and her colleague Jenna Tanigawa came to visit Dick the day after his cardiac arrest to tell him that he is the 50th survivor in a Hawaiian airport, a statistic of which he is very proud.

After all the fanfare, Dick and Cora and Connie will board Hawaiian Airlines flight 20 to Sacramento, and this time he’ll do just fine, returning home 76 years young and ready to stride into the rest of his remarkable life. 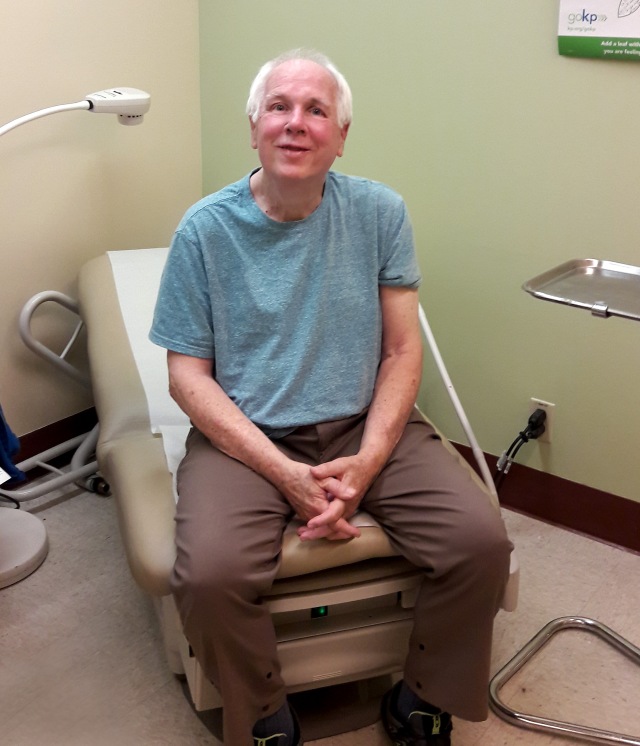 Dick Schmidt, 76 years young as of Feb. 13, with his newly repaired heart, stronger than ever.

8 Responses to All systems are go